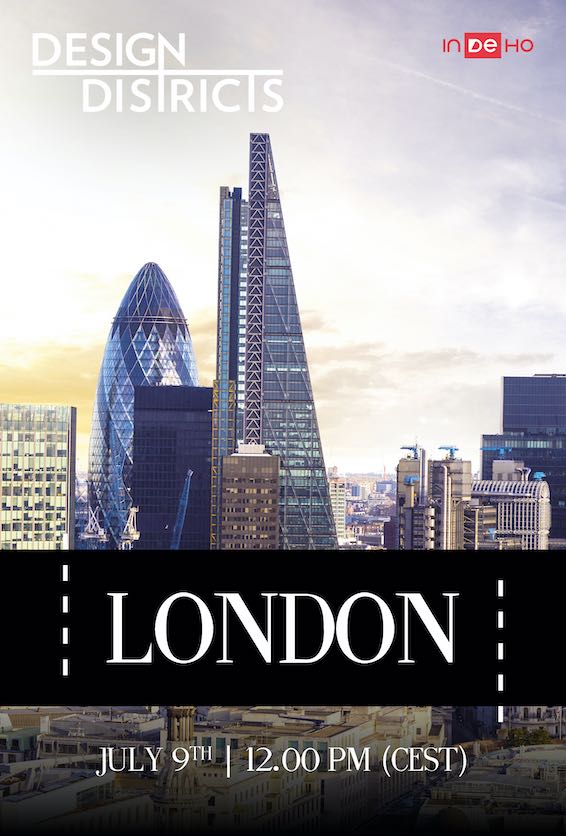 London Design Festival was launched by Sir John Sorrell CBE and Ben Evans CBE in 2003. Building on London’s existing design activity, their concept was to create an annual event that would promote the city’s creativity, drawing in the country’s greatest thinkers, practitioners, retailers and educators to a deliver an unmissable celebration of design. The launch of the first Festival took place at Bloomberg on 25 March 2003, with a huge show of support from design, education, government and London organisations. 18 years later, this vision remains ever strong.

The Design Museum is the only place in the UK where the design industry, education and the public can come together to change the way people think about themselves and the future. The museum is a registered charity founded in 1989. It relocated to a spectacular modern landmark in Kensington in 2016 and has welcomed over 2.1 million visitors since re-opening.

Design Centre, Chelsea Harbour is the world’s premier destination for design and decoration excellence. Home to 120 showrooms and over 600 of the world’s most prestigious luxury brands, it is the largest of its kind in Europe. More than a resource, it is a thriving platform, both creatively and commercially, for an exceptionally dynamic industry. Nowhere else will you find such a high concentration of design’s biggest names shaping luxury interiors today – all at one address. It is the ‘interior design world’s Mecca’ says Vanity Fair