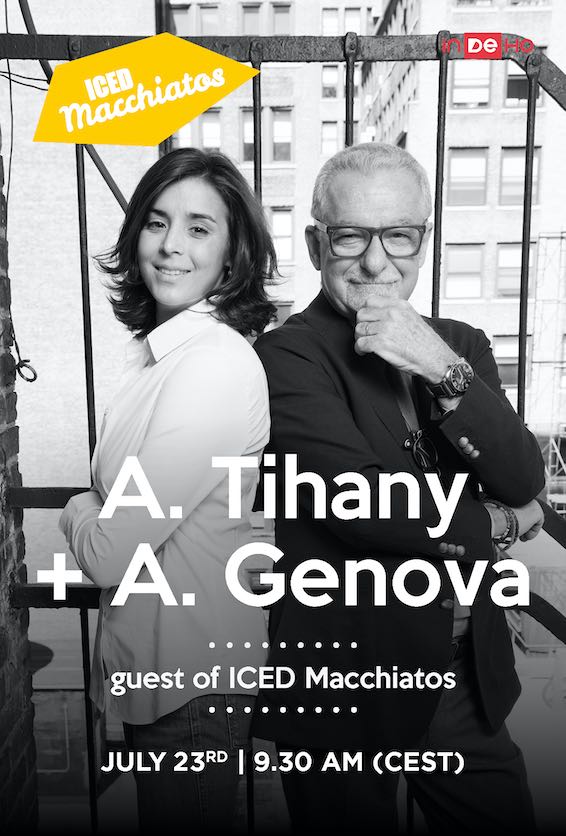 Born in Transylvania in 1948, he grew up in Jerusalem, a fundamental stopover in Milan where he graduated from the Polytechnic University, the journey to New York where he founded his studio in 1978: these, in short, are the stages of the journey of Adam Tihany, a designer specialized in turnkey projects, one of the most authoritative voices in the field of restaurant, hotel and cruise design. Adam Tihany as an architect is a son of many adoptions and consequently different cultures: the result is a professional who works on projects with a complete vision, taking care not only of the interiors but also, when possible, of the details that revolve around a restaurant or a hotel. And that's what happened in 1981 with La Coupole in New York, his first important project, which brought him to the attention of the design world. From restaurants to hotels, where his creations are countless in collaboration with the major brands of high-end hospitality: Mandarin, Four Seasons, One&Only and dozens of independent structures. In product design, Adam Tihany has also created objects and furnishings of great charm, among them the Stanley Chair for Poltrona Frau and a special glass for Martini, which has become a precious and rare limited edition. Since 2019 Adam Tihany has been the creative director of Seaborn, the luxury brand of the Carnival cruise company.

Man, designer, entrepreneur: Adam Tihany's story tells how he has faced risks, seized opportunities and turned them into successes, and how he has held the rudder firmly. Until becoming one of the most talked-about and published hospitality designers.